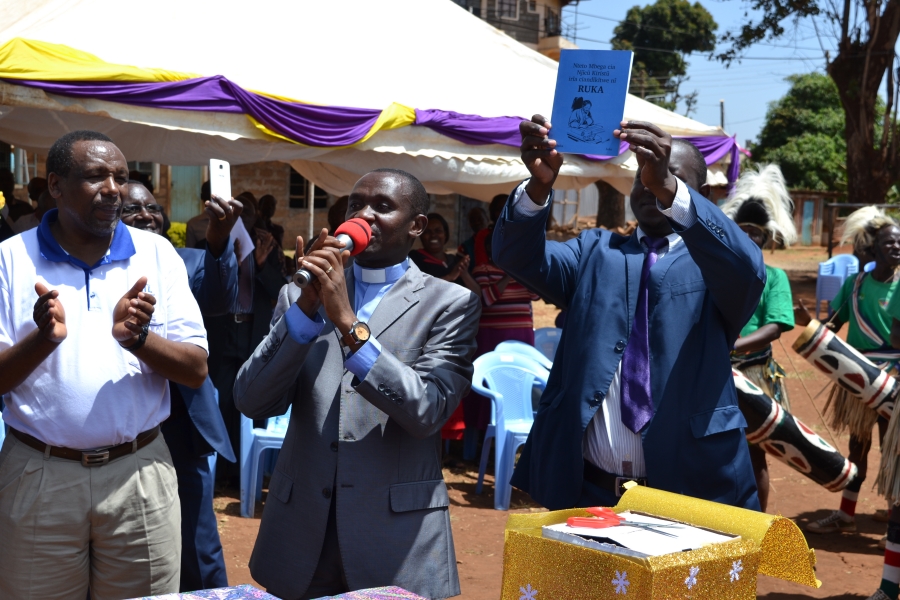 I Keep my Sermons Simple

Two and half years ago, I was riding my motorcycle going round the region of Chuka inviting Christians to attend the Dedication of the Gospel of Luke in Gichuka. When I arrived at Ikuu Market, I heard a voice of a Pentecostal preacher thundering in the air, through two large speakers. You could tell that was the energy of a new preacher in town due to his command in very well polished English. I immediately rode towards that direction. I found Pastor William Muchai of KAG Church, Ikuu holding the microphone in a Lunch-Hour Fellowship. Peeping through the only window of the rented shop space, I could only see three women in the meeting. He later attended the Dedication Ceremony, and we became close friends; he even joined our Oral Bible Stories (OBS) Ministry.

One day he visited us in the office and he shared his experience as an evangelist and Pastor. “I thought that it was very easy to plant a Church. But after one full year, I managed to get a handful converts.” He narrates to us, while seeping a cup of tea. He felt ashamed to mention the actual number of converts. But I kept on probing, “How many?” Then he whispered “Four.” He explained that every Sunday he would preach to his wife and their firstborn child, who was still a toddler, amidst many vacant plastic chairs. Despite the small number, he would still use his microphone and his large speakers, so that his voice could reach the entire Ikuu Market.

When people saw his persistence, they would go to his church just ‘to taste’ the Gospel. He kept wondering why many people attended the Church only once and never to be seen again. He could only blame the enemy and his demons. After attending the OBS Workshop, he was tasked by the trainers to use the OBS skills in his preaching.

He used the Gichuka Book of Luke in his sermon. After that sermon, several people who listened to his teachings came and told him, “Your sermon was very powerful. Keep using our language.” Some of them accepted Christ. He realized that the reason why people attended his service once, and they never returned was due to language barrier. He had thought that preaching in a foreign language was some ‘swag’ or sophistication. Ever since, he only uses his mother tongue, Gichuka, in his preaching. “I have learnt to keep my sermons simple,” Concluded the Pastor.

The Church has grown tremendously. The members of the Church even bought a piece of land and built their own Church building and relocated from the rented shop in Ikuu market. Every time I pass through their new Church early mornings, before 6.00 a.m, I see the lights on and the believers having their morning devotions. I always thank God for them.