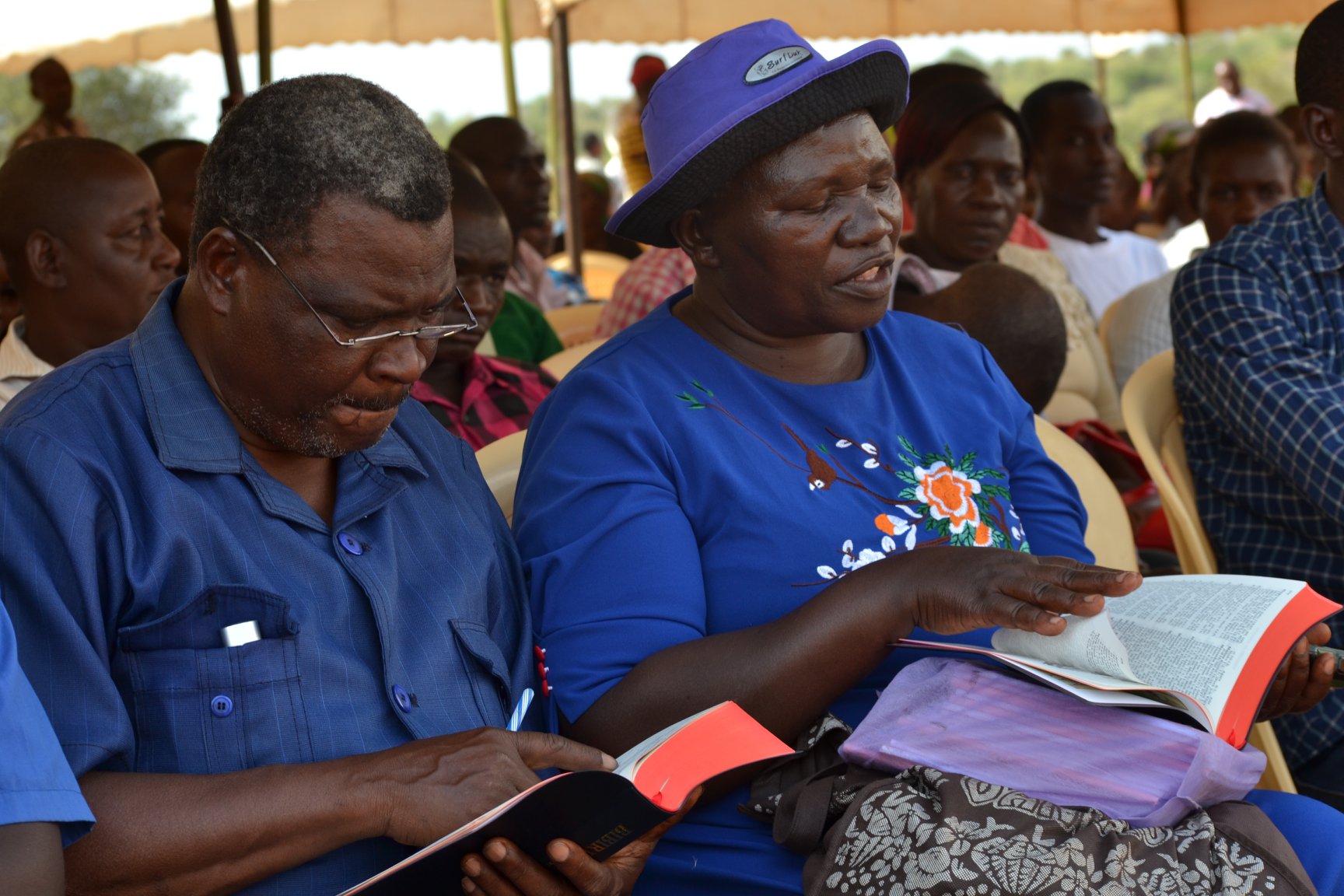 The Bible in Kiitharaka Language

The joy of receiving the Bible in Kiitharaka could not be hidden on the faces of the Tharaka people. The long wait of 30 years was finally over. They had been patient and weathered through orthography issues, harsh weather, limited access to holistic understanding of the scriptures but on 13th June 2019, nothing could keep them back.

Their Bible was finally being dedicated. Their hunger for deeper understanding could now be satisfied. Just as it were to the people in Jerusalem at Pentecost who heard Gods wonders in their languages, so it was to the Tharaka people, they could now read the great wonders of God in Kiitharaka. Reminiscing on the past, Hon. Susan, the MCA, pointed out that the Tharaka people have read other translations that seemed close to them but they could not read it fully. She noted “We could not read all the words because some were shameful to the Tharaka people.” “But,” she continued, “today we are grateful to God that we can read the Bible in our own language.”

In words that affirmed her sentiments the Deputy President Hon. Dr William Ruto, who was the chief guest, reckoned that were it not for the scriptures that his father read, he could not have gone to school. “When a man reads Gods word in his mother tongue it touches his heart,” he added.

Climaxing the day was the dedication of the Tharaka Scriptures and the presentation of inaugural copies to some members of the community among them being the Governor, Senator, and key church leaders in the area. Both the leaders and the community at large were grateful to BTL and their partners for the resilience and commitment they had shown over the 30 years to see to it that the Tharaka people join the 10% of languages that have the Bible in their tongue globally. Furthermore, we are eternally grateful to God who has made all things possible at the right time. To Him be glory and honor.